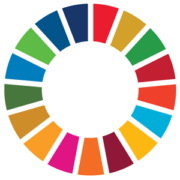 On the 15th anniversary of the Escola Europea

Written by Eduard Rodés, Director of the Escola Europea

It is unusual for a European project to celebrate its 15th anniversary. The Escola started its activities in 2004 for the promotion of short sea shipping in the Port of Barcelona with the 2E3S project funded by the European Marco Polo Programme. DG-MOVE created the Programme in 2003 with the aim of reducing road congestion, improving the environmental performance of the freight transport system in the European Community and promoting intermodality, thus contributing to an efficient and sustainable transport system. At the time the Port of Barcelona had two shipping lines operated by the shipping companies GNV and Grimaldi Lines connecting Genoa and Civitavecchia, which responded to the Commission’s approach. Organising courses to promote their use for road transport was a good practice for all.

The Marco Polo Programme offered a new approach to freight transport with the following objectives:

The initial project that created the Escola was followed by two others in the same Programme, which were adapted to its objectives : GLAD (Green Logistics Action and Deployment) for the internationalisation of the Escola’s activities to other countries of the European Union – through a network of countries; and LIFE (Logistics Intermodal Freight Enhancement) for the implementation of training activities that focused on rail intermodality: railway network.

The fact that the Escola obtained three consecutive projects from the Marco Polo Programme gives us an idea of the uniqueness of the activities and its unprecedented value. The realization of the courses, considering the participation of students and teachers from Belgium, Portugal, Italy, France and Spain, gave rise to the creation of a network of professionals specialized in intermodal transport of the first order.

History cannot be explained without recalling that the Motorways of the Sea (MoS) were (and still are) a crucial element in the European transport policy. Their strategic importance was reaffirmed with the revision of the TEN-T guidelines, which defined the MoS as the “maritime dimension of the Trans-European Transport Network”.

The revision of the TEN-T guidelines is inspired by the White Paper “Roadmap to a Single European Transport: Towards a competitive and resource efficient transport system” published in 2011. That document changed many things because, in a way, all of us who work in the world of transport and ports began to understand the system as a network to be built. A network that requires efficient and resilient infrastructures, clean and sustainable energy, and integrated and easily accessible communication and documentation exchange systems. It also meant that the maritime dimension is part of the land dimension. That maritime, road, rail and waterway services are elements of the same system and must operate collaboratively and in synchronicity to offer competitive solutions.

The Escola has identified its 15th anniversary with the construction of such networks. Networks are a main element in the construction and progress of societies.  I use the word progress, and not development, consciously and intentionally. I believe that one of the main debates in our society today is to decide whether we direct our efforts to the continuing policies of growth or whether we contribute to the construction of a new society that seeks the welfare of people through sustainable economic, social and environmental policies.

The three basic networks that shape our economy and our way of life are transport, energy and communications.  Ports have been major nodes in the structuring of these networks and have facilitated the movement of people and goods over centuries. The people involved have brought and carried knowledge, culture, art and customs between territories. In one word, progress.

Over the past fifteen years the Escola has made a small contribution to these developments. It did so by trying to make ports the engine of change; training the people who decide and manage logistics chains to make decisions based on social values and virtues (in the Greek sense of the word ‘virtue’); all of which brought the capacity to bring about improvements for society. It also contributed to the creation of a network of complicity based on the sharing of an alternative way of thinking and acting – one that is based on who we are and what we do, and that seeks a better world for everyone.

This network was built little by little, incorporating training centres from other countries, training trainers, training professionals and students. It was built by creating strong and committed logistic-port communities, capable of working together to do things better.

The Escola is a small actor in the large network of people, institutions and companies that seeks to achieve the sustainable development goals of the United Nations by 2030. In that year the Escola will turn 24 years old, or 25 if we count from the start of regular courses in 2005. I would like for all 17 SGGs to be achieved by then, and that with our activities we will have contributed to achieving them. We will continue working to try to do so, knowing that what is important is the journey, the companions on the journey, the values that inspire it, the discoveries we will make in each port we meet and the communities we want to build.

I would like Europe to be able to look at what started as a project for the promotion of a transport network, and turned into a network of people and collaborations of Mediterranean ports working together for a better society, with pride.