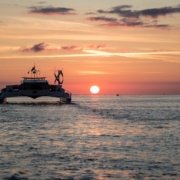 The vessel, which travels around the world, has a reduced weight thanks to its production system, as it does not have to store all the energy in batteries.

Toyota has just presented the first energy-autonomous boat, which runs on hydrogen and does not emit greenhouse gases or particles. The Energy Observer, launched in 2017 in the French town of Saint-Malo, uses a combination of renewable energies and a system that produces hydrogen from seawater without emitting any carbon.

The vessel, which will sail around the world, uses technologies that will serve as the basis for tomorrow’s energy networks. It’s voyage of approximately six years constitutes a challenge from the human and technological point of view that will put the systems used in extreme circumstances to the test.

Hydrogen is the key to the Energy Observer project and the main reason for Toyota’s participation in the project. Thanks to its production system, the weight of the ship has been considerably reduced compared to the alternative of storing all the energy in batteries.

Its use as a means of storage is key to overcoming the problem of intermittent power supply both on land and at sea, because it allows to take advantage of the surplus and extend the autonomy of mobile facilities. 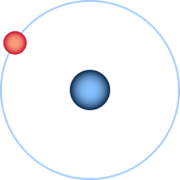