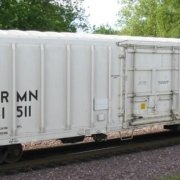 There is increasing pressure both from the political sphere and from the shippers themselves to favor rail transport and intermodality, a trend that also has been reflected in refrigerated transport.

Statistical records indicate that the presence of the railroad in the transport of goods in Spain is purely testimonial, both in terms of volumes transported and the modal share.

The National Institute of Statistics calculated that last year private operators and Renfe transported a total of 27,914,502 tons, 5.3% more than in 2016. This number is still far from the record obtained in 2015, when the rail transport of goods in the country reached its maximum historical level, both of which are tiny when compared to the volumes that this mode moves in other European countries.

Similarly, in 2010 the railway moved 1,477,257 tons of agricultural and livestock products, which means that between that year and 2017 there has also been an increase of 29.7%.

Both statistics, despite their small volumes, have their importance, especially when compared with the downward trend of other products and the rail way itself.

To the scarce infrastructure existing in Spain, the low commercial speed of this way is united and a series of circumstances turn this transport mode into one with many complexities, and one dominated by the presence of a hegemonic public railway operator that conditions the operation of an entire sector .

However, in recent years, both politicians and shippers have turned their eyes towards this transport means, in which they have seen more efficiency and, above all, less pollution, despite the significant external costs that comes with it.

Customers have begun to believe that rail transport is suitable for certain goods and certain traffic, which in any case exceeds 500 kilometers, in which they can offer economies of scale equal to or higher than those of road freight transport, but without the flexibility that, in any case, trucks provide.

In any case, the idea exists among politicians and customers, to ensure that road and rail are complementary.

In this context is the recovery of the Silk Road that the Chinese Government is making and with which it intends to create a large railway corridor that connects China with the Iberian Peninsula through the entire European continent and with what is to be achieved. an annual capacity of three million containers, compared to the 500,000 that currently move between China and Europe per year.

Simultaneously some railway companies have begun to operate in some traffic while waiting for the European freight corridors to become a reality and allow an effective intermodality. 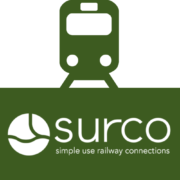