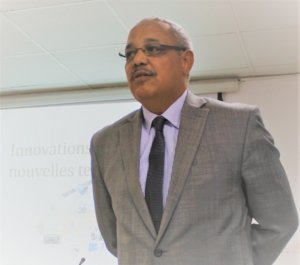 In 2017 the Escola Europea, along with the Escola’s founding partners, has launched the MOS Magreb project. Its objective was to increase the cooperation between the countries in the North and South of the Mediterranean Sea. The project evolved into TransLogMed, which now counts with 42 partners from Spain, Italy, Morocco, Tunisia, Algeria, with the goal of incorporating other partners from Egypt in the future. The long-term objective of this project is to foster the development of the Motorways of the Sea between the Mediterranean countries, which will in turn help promoting inclusive growth and youth employability, as well as sustainable development in the region.

This month we have caught up with Mr. Mohamed Lazhar Benaissa, an academic at the École Nationale Supérieure de Technologie (ENST) in Alger, the deputy director for external relations and continuing education and a lecturer at the Escola Europea to give us an overview of the logistics scene in Algeria.

Algeria’s geographical location as the largest country in Africa, situated at the crossroads of important trade corridors (Europe-Africa, Mediterranean Sea), gives it the opportunity to play a major role in the field of logistics. To the north, Algeria has a 1,200 km long seafront overlooking the Mediterranean Sea and is home to 11 trading ports through which more than 95% of its foreign trade passes. However, this situation should not mask the numerous constraints related to the characteristics of these ports and their current organisation. According to the United Nations Conference on Trade and Development, the Maritime Transport Connectivity Index [1]for Algeria in 2019 is only 12.81/100, far behind countries such as Egypt (66.72) and Morocco (58.19).  This is because the ports are often of ancient foundation[2] and are located within large cities that have prospered without sparing the land reserves necessary for their harmonious development. Whether first or second generation, these ports are subject to simple load breaks and do not meet the criteria that characterise modern logistics ports[3]. Currently the feedering used consists of coupling transoceanic containerised traffic headed towards large European ports with short-distance traffic headed towards Algeria, which increases the transit time of inputs. This will subsequently see their time lengthening once again during the transhipment operations. This results in insufficient yields and malfunctions that generate incessant bottlenecks and yields additional logistics costs.

As regards the Algerian maritime fleet, as of the end of 2017, it was made up of 16 (often) obsolete units distributed among :

As for containerisation, which has been gaining significant market share value over the past several years, it has proven of great benefit to foreign shipping lines as, in the virtual absence of the national flag, it allows them to freely set transport prices. According to World Bank figures[6], container traffic increased from 2007 to 2018 from 200.050 to 1.465.800 TEUs respectively, which is equivalent to an average annual growth rate of 20.6%. Given this growth opportunity, it is not surprising that we are witnessing the establishment of international terminal operators in Algerian ports such as the Singaporean Portek in Bejaia and the Emirati DP World in Algiers and Djendjen.

Where is Algeria on the digitisation scene?

During port passage, the lack of a rapid information systems makes it difficult to forecast the capacity of goods to be loaded, which, in the case of temperature-controlled products for example, would keep them on the quayside without any guarantees of preservation and respect for the cold chain. At the time of writing, only the Algerian customs can use a computer system called SIGAD in order to speed up the customs declaration circuit. In its most recent version, this system has a risk management system that classifies goods according to 3 circuits: green, orange and red. In the green circuit, goods are not subject to examination. In the orange circuit, the control consists of a documentary examination and in the red circuit, a physical inspection of the goods is required.

What of intermodal transport?

In terms of land transport infrastructure, Algeria has substantial networks whose quality has improved in recent years. Nevertheless, the motorway network is still insufficient and the lack of connections to several ports bears a cost. The rail network, for its part, is still in the process of development in terms of quality and coverage.

Road transport logistics, which dominates 90 per cent of goods flows, is only slightly outsourced by companies, since more than 50 per cent of the market is still handled by own-account transport. There is currently a growing awareness of the advantages of using transport for hire or reward and outsourcing the transport function, and the opportunities for growth for this sector are ample.

The provision of road transport services has long been a public monopoly. The opening up of the sector in 1988 led to an atomisation of the sector through the creation of very small companies with vehicles of all ages and of varying condition. It is therefore more a question of small-scale, or even informal activities that risk increasing the financial and organisational risks and reducing the scope to optimise the services offered. Air transport plays only a marginal role and rail freight activity, which is already weak, has been in inexorable decline for decades and is limited to heavy goods transport. Multimodal transport is almost non-existent.

Distribution is dominated by wholesalers present in most economic sectors and in particular in agri-food products (beverages, sugar, etc.). Few of them follow known logistics models, such as Numidis of the Cevital group. Indeed, with the exception of large conurbations (Algiers, Oran, Sétif…), where large modern warehouses are beginning to appear, storage facilities are of modest size (from 2 to 4,000 m²), of old-fashioned design, lack functionality and do not have special equipment such as loading docks. The players are either industrialists (acting on their own account), wholesalers or retail traders. 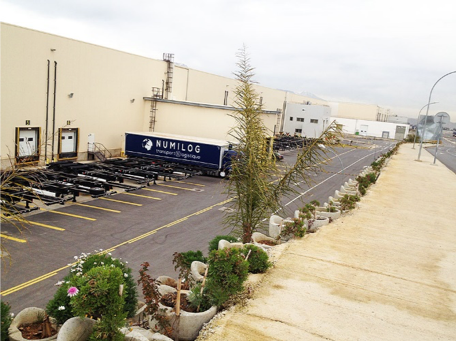 Thus, logistics services are essentially limited to the subcontracting of transport operations.

Can you tell us a little bit more about the training situation in Algeria?

The current supply of training is insufficient in many areas, no doubt due to the lack of formal demand from the sector and a lack of impetus from the public authorities.

The Algerian authorities have been trying to improve the logistics situation since 2007, when the first master plan for the establishment of new logistics platforms was prepared. However, the implementation of the latter has not yet materialized. The other actions undertaken were :

One can already wonder whether these actions will end up putting logistics in Algeria on the rails of modernity.

[2] With the exception of the oil ports of Arzew, Skikda and the general cargo port of Djendjen, built after Independence, the rest of the infrastructure was built between 1840 and 1959, initially built to allow exports during the time of colonization.

[3] Algerian ports are characterised by shallow draughts and narrow gravel pits, which are incompatible with modern port operating requirements.

[4] The average age of the CNAN fleet is between 30 and 35 years, which corresponds to that of the technical reform.

[5] The two Nolis vessels are mainly used to cover the transport needs of the Cevital group.

[6] Site https://donnees.banquemondiale.org/indicateur/IS.SHP.GOOD.TU?locations=DZ consulted in May 2020