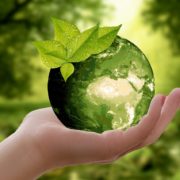 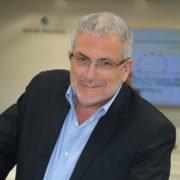 One of the beautiful things about cinema is that the narrative is constructed by responding to the director’s understanding and interpretation of the script. I have recently seen two docufilms that have put the spotlight on the current situation of our planet. The first one is by Sir David Frederick Attenborough (b. 1926). He has recently written and published a book  called “A Life on Our Planet” (2020), which is accompanied by a docufilm starring himself.

In these two works, both complementing each other, he explains that the planet Earth is on the verge of a sixth mass extinction caused by climate change and the savage exploitation of the Earth’s resources. In his subsequent analysis, he observes floods, droughts and an increase in the acidity of the oceans that will make it impracticable for any human activity.

The docufilm estimated that he first major disaster will take place in the Amazon, which by the 2030s will have 75% of its surface area already deforested – an ecological tragedy for the entire southern cone of the American continent. By 2050, the oceans will turn acidic from the carbon dioxide emitted by transport and the automotive industries. Around 2080 Attenborough predicts a new pandemic arising from the difficulty of finding sufficient water and from the barrenness of agricultural fields, which by then would be destroyed by centuries of fertilizer use, leaving them unfertile. In 2100 he predicts that there will be no wildlife left and that existing biota will be limited to that which humans produce exclusively for consumption. The 22nd century will not be better according to this prophetic predictions: with a migratory avalanche from the coast inland caused by sea levels rising and destroying the cities on the coast. This mass exodus will cause a great humanitarian crisis and inequalities to grow. Scarce rainfall will cause droughts and make water the most precious commodity above gold or oil. Agricultural production will be reduced, and fishing will have little to look for in the depths of the seas.

Sir Attenborough knows what he’s talking about. In his 93 years he has visited every continent on the globe, exploring the wild places of our planet and documenting the living world in all its diversity and wonder. Now, for the first time he reflects upon both the defining moments of his lifetime as a naturalist and the devastating changes he has seen. The narrative is presented through magnificent film production, and the added impressive presence of Attenborough himself is designed to  astonish the audience with the images and the messages shown, while looking for a positive and active reaction to the disaster that is looming. A reaction that sparks the unresolved “time to act” feeling, if there is still time to reverse the situation.

From a completely different standpoint, director Lucian Segura tackles the same problem in his work titled “1.5 Stay Alive” (2015). This is the story of oil and gas exploration in the Caribbean and the role played by Trinidad and Tobago in the world’s quest for “black gold” – oil – a commodity which today shapes our lives, rules our economies and influences our political society. The aim of international climate change policy is to limit global warming to two degrees Celsius. However scientists believe that a temperature rise of just 1.5 degrees could lead to irreversible damage to ecosystems and terrestrial and marine environments. The style of 1.5 Stay Alive is part music video and part factual. In it, popular Caribbean musicians express their experiences with rising seas by composing and performing songs about climate change, and their visions of how to confront it.

Intertwined throughout the film are insights by scientists and local climate experts. The film visits Belize, Costa Rica, Trinidad and Tobago, Haiti, Miami and Louisiana. These regions are examples of the areas that will be, and some already are, affected by rising sea levels.

The film takes a closer look at this issue focusing on the Caribbean region. He describes the far-reaching consequences that such warming will have on biodiversity, fish stocks, coastal protection and the survival of Caribbean coral reefs. The documentary also shows how climate change will impact the people who live on the islands and along the Caribbean coastlines and whose living spaces and native lands are on the verge of being lost.

Both docufilms are available online:

You may wonder why I am talking about the planet using this platform and not focusing directly on intermodal transport. The reason is that for some time now I have come to the conclusion that everything is part of the same system. If we cannot understand what the scientists are telling us is happening, we will not understand the urgency of thinking and acting in order to achieve the maximum possible effort on our part to reverse the process and launch the path that will allow us to reverse the situation. We are part of the problem, so together let’s be part of the solution.