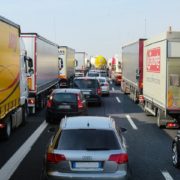 These associations consider that “a larger EU budget for investment for transport is the best plan for Europe”.

More than 40 European associations representing the transport sector and sectors linked to this activity have signed the so-called Ljubljana Declaration, a document in which they demand more investment in transport within the EU budget after 2020. This took place during the celebration of the European TEN-T Days, the most important annual meeting of European Transport Corridors held from Wednesday to Friday in the capital of Slovenia, the place of origin of the European Transport Commissioner, Violeta Bulc.

The document, which was published on Thursday, calls on European policy makers to increase the EU budget for the Connecting Europe Facility (CEF) in order to facilitate the completion of the main network, which will require 500,000 million euros between 2021 and 2030. The associations consider that the Trans-European Transport Network (TEN-T) “establishes the right priorities in terms of sustainability and cohesion and can contribute to solving the current transport challenges”. “Investing in TEN-T projects has a particularly high European added value,” says the document.

They also request that the investment be focused on ” better and more innovative transport”. To achieve this, it proposes to accelerate “investments in digital, innovative and sustainable transport projects” to move towards a “more ecological, truly integrated, modern, accessible to all, more secure and efficient” transport system.

The associations propose that the EU “continue to provide subsidies” to finance transport projects at the core of the TEN-T network. “The subsidies are essential to complete the network,” explains the document, which states that “most transport projects with high socioeconomic value do not generate enough income to cover the total investment costs.”

The Ljubljana Declaration concludes with a plea in favour of CEF funds, which are “essential to complete the TEN-T network and attain ecological transport, which will benefit all Europeans”. “An insufficient budget for transport will jeopardise the completion of the TEN-T basic network. A larger EU budget for transport is the best investment plan for Europe, ” states the document. 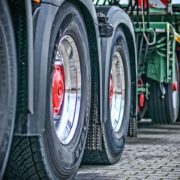