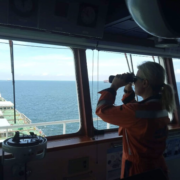 Historically, the shipping industry has been dominated by men, and the sea has been deemed a “man’s world”. This pattern can still be witnessed today, with a larger percentage of male workers hired for onboard positions when compared to the low percentage of female employees. In fact, only around 2 percent of the world’s seafarers are women, with the vast majority (94%) employed in the cruise industry. Long months at sea, complemented by hard physical labour have driven this trend and made it difficult for women to join the crews of international tankers, containerships, etc and to balance out gender equality.

Today, there are organisations that work towards the normalization of women in shipping – with the IMO having launched several initiatives. One such initiative was setting the theme for the 2019 World Maritime Day as “Empowering Women in the Maritime Community”– and so providing a unique opportunity to raise awareness of gender equality and to give visibility to the contributions of maritime women all over the world. Similarly, since 2015, the European Neighbourhood Instrument has put special focus on gender equality and the economic empowerment of women on both shores of the Mediterranean, and has been working with projects that give light to the incredible work of women in Europe and Africa.  The Union for the Mediterranean itself has dedicated a vast amount of their social and civic work towards the empowerment of women, developing the employability of women in Africa, and WOMED, which aims to prepare the next generation of leaders.

Nevertheless, the shipping industry is not only composed of seafarers– it also comprises a whole network of professionals that design, build and manage on shore operations. Let us take a look at the situation in more detail.

The issue of gender equality in shipping is a very complex one, and has been on the radar of many international organizations for years (with a particular boost following the women’s rights movements that gained momentum in the late 2010s). In 2019, the IMO has tried to push the promotion of women at sea and begun to investigate the roots of any gender-related incidents. The studies have identified instances of sexual assaults and abuse directed at women on board of deep-sea shipping routes – in line with the general trend identified across many other industries following the rise of the #MeToo movement. Nevertheless, this has not been the principal barrier to getting more women to join crews onboard. “At the end of the day, it is all about equality – the work on board of a vessel is physically demanding. Even with the advances in automation, a lot of hard work still has to be done by the crew, and stamina and physical strength are a must! Women at sea should, of course, feel safe and comfortable, and at the same time pull in the same amount of work as the men crew members”, commented Vanessa Bexiga, a maritime engineer and seafarer herself. Routes with more frequent port calls are easier for everyone, as they help diffuse physical and psychological tensions between the crew members, and are more appealing for women seafarers.

Another issue identified by Bexiga is the lack of transparency and publicity visible in the shipping industry, which is the true barrier. Maritime news and developments almost always stay within the maritime sector, and do not transcend the social strata of the broader society. As a result, there is no true reference which can serve as an entry point for women to become interested enough to try to enter the maritime world – something that would need to change to put the profession on the radar of young women contemplating their future employment options.

Cruises are another story – in the last few years Celebrity Cruises in particular has taken on the leadership role in the promotion of women and sea, and began to push for the employment of women at sea. The most famous example is the advancement of Kate McCue to the role of Captain on the bridge of Celebrity Summit in 2015 (you can follow her on Instagram: https://www.instagram.com/captainkatemccue/?hl=en). She is now the captain of Celebrity Edge, and has gone down in history as the first American woman (and fifth overall) to have been given the command of a mega cruise ship. Last year Celebrity Cruises became the first company to boast of an all-female officer crew – further helping combat the perception that sea work is a man’s job. Visibility is key in normalizing the role of female seafarers, and to this end, the IMO has started the #MaritimeWomenPhotoShare hashtag – to make women seen both within the maritime community, and in the social media and news reports. You can check out the existing photo bank here: flickr.com/photos/imo-un/sets/72157713420624662/

Achieving complete gender equality is a long process, and it will take small and decisive steps to get there. It is not a sprint, but a marathon, and we are moving in the right direction.

Women on shore is a completely different story – as they are not faced with the same barriers as women on board. The months-long isolation is not a factor, and theoretically barriers shouldn’t exist for women who want to advance in the sector. As with many sectors, however, this is not the case. Women still get overlooked for promotions, and frequently aren’t trusted with positions of higher responsibility. Moreover, having children is a career-ender for a woman at sea, and it also affects the perception of the availability of a woman on shore.

It is not all bleak. Marta Miquel, the Chief Operations Officer at the Escola Europea, has noticed that many companies are realizing that women hold management skills that help enterprises relate better to current social trends, digitalization patterns and human resource management through the use of analytical thinking and pragmatism, with added touches of empathy and social sensibility. Automation in terminals has made it possible for employers to look for soft skills in their new hires – with the ability to speak English being at the top of the desired list – and the high number of female university graduates has made it possible for women to slowly even out the gender imbalance in the sector.  This is supported by the fact that the Escola Europea, a training center specialized in transport and logistics and founded in 2004, has noticed a significant growth in the presence of women in the industry. 50% of registrations for the training courses of the Escola come from female participants, who find themselves in the 18-22-year-old age group.

This balance is not evident in the Escola’s courses organized for executives, where the percentage of women is significantly lower. This could be seen in a positive and negative light, says Miquel: “The good news is that women at a young age are becoming empowered and seduced by this interesting industry. However, the bad news is that they do not get the chance to escalate as quickly as men, or get discouraged when accessing the sector.” 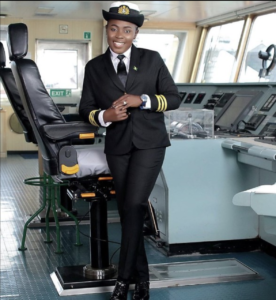 If you are interested in this topic, take a look at the many different women’s right associations and capacity building programmes that are dedicated towards gender equality. The Women in Maritime Associations has launched a number of them, as listed on the WIMA’s website:

This article has only touched the tip of the iceberg that is the topic of women in shipping. In the past 5 years a lot of progress has been made to improve the disparity that exists between the two genders. Although more work has to be done, we are going in the correct direction. “It needs to start in schools! I used to go to schools to talk about my experience as a seafarer and present it as an opportunity for young girls. The sea is my life, and I want to share it with young girls and boys alike. Historically it hasn’t been accepted as a profession for women, and this is why we need to educate the youth and normalize it for young girls. It is no longer only a fool’s dream – women are sailing the seas, and show no signs of slowing down,” concludes Bexiga.

Special thanks to Vanessa Bexiga and Marta Miquel for their contributions to this editorial. 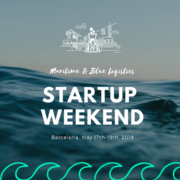 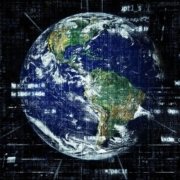