Port facilities, coastal cities and their local communities are among the groups most vulnerable to extreme climatic conditions resulting from global warming.

The International Maritime Organization, IMO, will adopt its initial strategy for the reduction of greenhouse gases during the month of April in the Committee for the Protection of the Marine Environment. For this purpose, the setting of a limit for the reduction of CO2 emissions in the short term and other measures in the medium and long term will be discussed.

Once adopted, this strategy will be combined with other national measures to test their effectiveness and alignment with the objectives of the Paris Agreement to combat global warming.

This is required by the European Union, which has recently agreed on its position on these negotiations and has the support of the European Sea Ports Organisation  (ESPO). In this sense, they expect their opinions to be taken into account in the negotiation as a constructive contribution.

Under the Paris Agreement, all countries and economic sectors must initiate immediate actions to maintain the temperature rise below 2 °C, although ports, coastal cities and their local communities are among the groups most vulnerable to theclimatic extreme conditions that result from global warming.

Both the measures proposed by Brussels and by the EU countries to achieve this goal require ports to reduce the carbon footprint of their terrestrial activities. In parallel, European ports aim to achieve the decarbonisation of maritime transport through a range of sustainable services.

In this line, the European Directive for the infrastructure of alternative fuels determines that the ports of the TEN-T network should by 2025 have adequate facilities for the bunkering and supply of LNG fuel by means of power supplies in their enclosures. 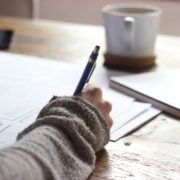 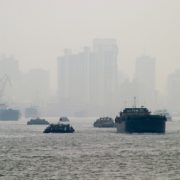