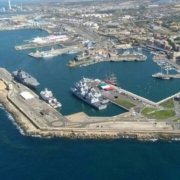 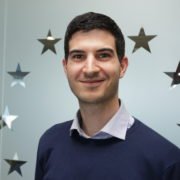 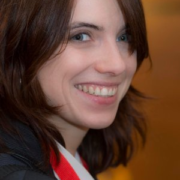 Co-written by: Lidia Slawinska, Consultant for the Escola Europea

The year 2020 is slowly cementing its place in the history books as the year that the world stopped. The health, social and economic consequences of this year will be felt throughout both the developed and developing world well into the middle of the decade. Transport, the backbone of the consumer-driven industry that existed pre-Covid19 is undergoing a major shift. This can be said of both, freight and passenger transport. As we approach the autumn, and the start of our fall courses, we wanted to evaluate the situation in our partner ports. In this post Marco Muci, the Escola’s Country Manager for Italy, took a look at the current situation in the Port of Civitavecchia, and the outlook for its future.

The current crisis triggered by the spread of Covid-19 has caused tremendous consequences for the port of Civitavecchia and, subsequently the city itself;  much more than other ports in Italy. The root cause is quite simple: unlike many other ports that base their economy on the movement of goods, Civitavecchia bases its work mainly on the transport of passengers (both in cruises and ferries). All this was clearly demonstrated by this crisis, in which the total disappearance of tourism resulted in profound crises for shipping agencies, freight forwarders, port companies, guides, NCC companies and bus companies. More than half of the workforce of the port community is currently in layoffs, pending the end of the state of emergency.

To combat the aftermath that will result from this economic downturn, various proposals have been made by the stakeholders involved (by the association of shipping agencies in particular), to try to give a future to the port and its workers. Some of the more noteworthy ones are:

Simplifying the bureaucratic procedures that slow down the fluidity, and sometimes cause blockages, of goods and ultimately aim for a future based on automatized logistics processes and controls; 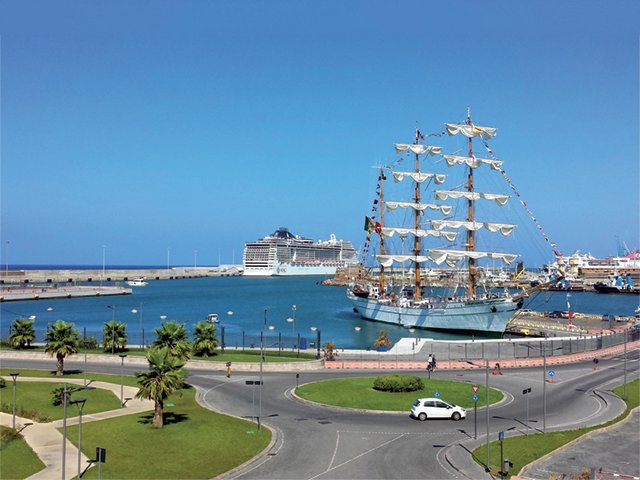 The Port of Civitavecchia

Civitavecchia is now at a crossroads following the tremendous effects that coronavirus has had on the country as whole. Whilst waiting for the much coveted “European Recovery Fund”, which will give a breath of fresh air – so to speak – and a boost to one of the most affected economies in the world, the country can turn to one of the most effective solutions to recover and innovate – education. In 2019 the Escola Europea has opened its Italian headquarters at the premises of the Port Authority of Civitavecchia, investing in the potential of the port and the territory itself. In line with its ideals and goals, the Escola has already launched various projects and is preparing others that are about to begin – all designed to help develop the region. Its flagship – the MOST Italy course for professionals – is now in its sixth consecutive year. The course is an advanced training initiative for professionals that focuses on the Motorways of the Sea, and the promotion of intermodal transport as a base for sustainable transport chains of the future. This year’s edition will take place on board of a Grimaldi Lines Ro-Pax from 10 to 13 October 2020 on a crossing between Civitavecchia and Barcelona. During the training participants will have the opportunity to experience sustainable intermodal maritime logistics and the motorways of the sea first-hand, with ample networking opportunities provided to foster professional relationships that will last once the course is over.

Another project that the Escola has launched last year, which was welcomed by the training institutes and the Municipality itself, is “Formati al Porto”. This initiative, sponsored by key national associations, aims to bring students closer to the Port of Civitavecchia and its port community.  It is exclusively offered to university students, ITS students and those attending the last year of their high schools with study paths related to transport, logistics, circular and international economies. In this context, “Formati al Porto” will help today’s students – future professionals – acquire knowledge of the professions of the logistics sector, with a particular focus on maritime activities and intermodal transport. Ultimately the project will lead to a better technical preparation of the students, which will have an impact on the employability index of the participants.

The Port Network Authorities predict that the ports will be the ones to kickstart the recovery of the Italian economy. In the meantime the Port Authority of Centre-North Tyrrhenian Sea (of which the Port of Civitavecchia is part of) can move from the comprehensive network to the core network, a shift which would guarantee access to new resources and future possibilities to the port that serves as the gateway to the eternal city of Rome.

Milton Friedman, an American economist and a Nobel Memorial Prize in Economic Sciences laureate, once said that “only a crisis – real or perceived – produces real change. When that crisis occurs, the actions that are taken depend on the ideas that are lying around”. The Italian peninsula was hit very hard by the health emergency, and it is now that we will begin to see whether any real change (societal or industrial) will take place. The Port Authority of the Centre-North Tyrrhenian Sea has a tough and uncertain path ahead – with a potential shift towards freight-focused operations and the investment in infrastructures that would kickstart the economic recovery of the region. The ideas area certainly rampant – with sustainable transport options and innovative solutions to terminal operations available to all. Education is the key to identify and implement many of these changes – and it is in our hands to produce real change and make sure that the tragedy of Covid-19 has some positive outcomes. 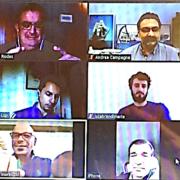 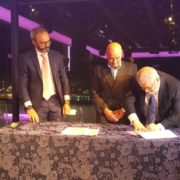