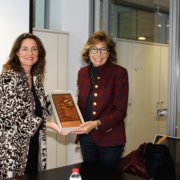 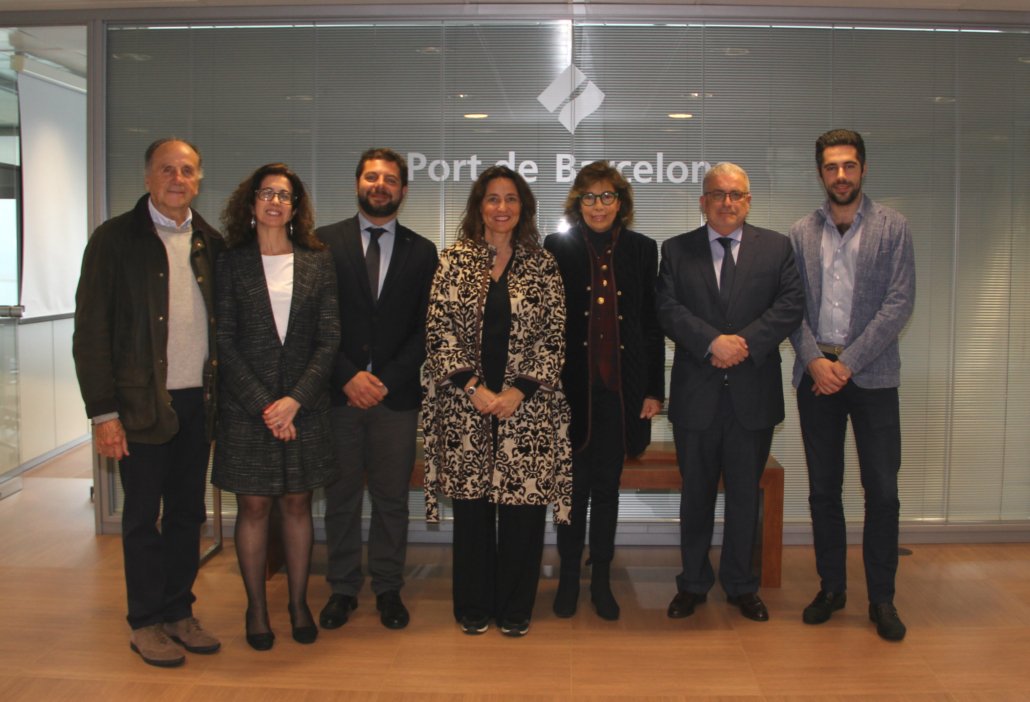 On the 25th of May the ARETÉ AURUM award ceremony was held, awarded posthumously to Doctor Aldo Grimaldi. The ceremony took place at the headquarters of the Port Authority of Barcelona. The award was presented by Mercè Conesa, the President of both the Escola Europea and the Port of Barcelona, and was collected by Isabella Grimaldi, the daughter of Doctor Grimaldi. Participating in the ceremony were Eduard Rodés, director of the Escola, Valerio Esposito, GNV representative in Spain, and other members of the Grimaldi family.

The Executive Committee of the Escola Europea – Intermodal Transport, held in Barcelona on the 4th of April, unanimously took the decision to grant the ARETÉ AURUM award posthumously to Aldo Grimaldi in appreciation for his decisive contribution to the successful development of short sea shipping and the motorways of the sea in the Trans-European Transport Network and, as a founding member on behalf of Grandi Navi Veloci, to the success of the Escola.

The Escola grants the ARETÉ AURUM to people whose attitude and actions have decisive contributions to the creation and growth of our institution. Joaquín Coello (2016), José Anselmo Laranjeira (2016) and Sixte Cambra (2018) have received this distinction in the past. 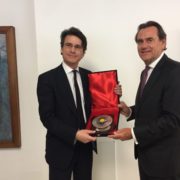