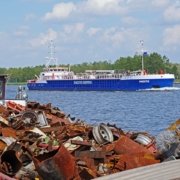 Representatives from the Presidency of the European Council, the European Parliament and the European Commission have reached a provisional agreement on the proposal for the new EU directive on port reception facilities.

Ships will be allowed to deliver all garbage when paying a fixed port waste fee, without port-specific limitations towards the volumes delivered. This will guarantee that ports keep investing in efficient port reception facilities, which are to be supported by transparent cost recovery systems.

“This agreement is an important step towards the further safeguarding of the marine environment, the working space of our shipping industry,” said Martin Dorsman, secretary general of European Community Shipowners’ Associations (ECSA).

“By facilitating all ships to deliver their waste to adequate port reception facilities ashore, the EU is showcasing how we can halt the generation of marine litter. This contributes towards the United Nationals Sustainable Development Goals to prevent and significantly reduce marine pollution of all kinds.”

Although the directive mainly focuses on European ports and ships entering those, the EU legislators clearly recognise the importance of ensuring smooth operation of maritime traffic between EU and non-EU ports, stated ECSA. The organisation pointed out this is demonstrated by the alignment of the EU legislation with the IMO’s International Convention for the Prevention of Pollution from Ships (MARPOL), which has been amended since the current directive was adopted in 2000.

“We are looking forward now to take up the work again which started many years ago in the port reception facilities subgroup of the European Sustainable Shipping Forum ESSF and are eager to continue the good cooperation with the NGOs, the EU ports, the EU legislators and the Member States in a new expert working group,” emphasised Mr Dorsman. 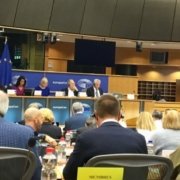 The Transport Committee of the European Parliament adopted today the Meissner report on the Port Reception Facilities and gave a mandate to the Rapporteur to start negotiations with the Council to finalise the text of the new law.

The European Sea Ports Organisation (ESPO) welcomes in particular the proposal to strengthen the ‘polluter pays’ principle by discouraging the delivery of unreasonable quantities of garbage, including dangerous waste, for a fixed fee. This proposal will better protect marine environment by increasing the quantities of waste delivered at ports. It aims to make sure that ships deliver their garbage at every port call and don’t skip waste deliveries to save time. It finally avoids that ports have to pay the extra costs of delivering amounts of garbage that exceed the normal quantities generated between two ship calls.

“The Transport Committee of the European Parliament has clearly voted in favour of a policy that incentivises ships to deliver waste generated on board in the ports. It also encourages ships to limit the waste at the source by preventing ships to deliver unreasonable amounts of waste without paying for it. We believe that the text adopted strikes the right balance between efficiency and responsibility and strengthens the ‘polluter pays’ principle. We are very thankful to the Transport Committee for their very balanced position in what has been from the beginning a technical and complicated piece of legislation. We count on the rapporteur and the negotiating team of the Parliament to defend this outcome in the further negotiations with the Council,” says Isabelle Ryckbost, ESPO’s Secretary General, on the outcome of the EP vote.

However, ESPO regrets that the Parliament decided to make rebates mandatory for green management of waste on board of ships. While encouraging ships to work on sustainable waste management, ports believe the decision to give rebates must be taken at port level. Rebates are generally applied to address the local environmental challenges. In some areas, waste pollution is a great environmental concern while in others it is air quality and emissions. Furthermore, mandatory rebates disregard the existence of different business and governance models in ports across Europe.

For European ports, ship waste has been one of the main environmental priorities, as indicated in the ESPO 2017 Sustainability Report.

In its position paper on the revision of the Port Reception Facilities Directive, ESPO welcomes the Commission proposal and its objective to build upon the substantial progress achieved under the existing Directive. The existing Directive 2000/59 has contributed to decreasing significantly waste discharges at sea. The minimum fixed fee, which has to be paid by all ships calling at EU ports, regardless of whether they use the waste facilities or of the quantities they deliver, has delivered. As a result, only 2.5% of oily waste is not delivered at waste facilities in ports.

European ports support, in particular, the proposal’s objectives to increase efficiency and reduce administrative burden. The new Directive should, however, also make sure that efficient but responsible regime for managing ship waste is encouraged, in line with the ‘polluter pays’ principle.

“European ports recognise that providing the right incentives is essential and port authorities are certainly willing to contribute. However, introducing a fee system whereby ships could deliver unreasonable amounts of garbage, including dangerous waste for 100% fixed fee, would be a severe and unacceptable divergence from the ‘polluter pays’ principle. It risks to discourage tackling waste at the source by reducing waste volumes onboard, which has been the cornerstone of the EU waste policy” says ESPO’s Secretary General, Isabelle Ryckbost.

ESPO therefore proposes to set a limit on waste covered by the 100% fixed fee. The fixed (flat) fee should cover normal quantities of waste delivered by a certain type and size of ship.  Ports should be allowed to charge on top of that if unreasonable quantities are delivered. Furthermore, dangerous waste, which usually needs special and costly treatment, should not be covered by the 100% indirect fee.

European ports believe, moreover, that any provisions leading to better enforcement of the obligation for ships to deliver waste at shore are welcome. The alignment of specific elements of the Directive with the International Convention for the Prevention of Pollution from Ships (MARPOL) is supported by ESPO. European ports also welcome that new types of waste, such as scrubber waste, have been addressed by the proposal.

The proposal is currently being discussed in the Council and the European Parliament. ESPO looks forward to working with the Parliament’s rapporteurs and the shadow rapporteurs, the Bulgarian Presidency, the Council and the Commission in view of achieving a new and efficient legislative framework that would further reduce ship generated waste discharged at sea and increase waste quantities delivered at ports.

The document can be downloaded from the ESPO website.