Distance learning, digitalisation and online courses marked the evolution of the Escola Europea’s courses despite the negative effects of the Covid-19 pandemic, as was outlined during the bi-annual Executive Committee meeting of the institution held on the 29th of November 2021.

During the meeting, the Escola’s milestones throughout 2021 were highlighted. The global pandemic has had a toll on the organisation, resulting in an overall drop of courses and students in 2021, as well as in changes in staffing. Nevertheless the pandemic did result in some positive outcomes – with the nation-wide health restrictions the organisation was forced to rethink its course strategy which evolved into a more digitalised approach centering around a Virtual PortLab.

The Escola’s team looked at the evolution of the Escola’s courses and noted that although the organisation has not quite recovered from the drop in 2020, the number of courses has increased to nearly pre-pandemic levels – boding well for the prospects for 2022. In-person courses also restarted in the summer of 2021 as a response to the high demand from partnering universities and educational institutions. This bodes well for the Escola, and the forecast for the coming year is to double the number of courses offered to satisfy this demand.

Towards the end of the year the first edition of the GLIPS (Management of Integrated Logistics and Shipping Processes) course took place as part of the MOST Italy series – which brought 35 professionals from Civitavecchia to Barcelona during the course-workshop and further strengthened the Escola’s commitment to vocational training. Throughout the pandemic the Escola successfully managed to offer Forma’t al Port and the Formati al Porto courses to both Italian and Catalan youth, ensuring the institution’s resilience to unforeseen crises.

During the Committee meeting, a review took place of the projects that the Escola is currently involved in and has planned for 2022. Two ENI CBC Med projects were summarised – YEP MED, in which the Escola is a lead partner, and TechLog. The projects aim to revolutionise the training methodologies offered to young people wanted to enter the port-logistics sector in an increasingly digitised world. Any other new projects under preparation were then presented in advance of their submissions to the European organisations.

2022 looked even brighter in the now newly digitised world of the Escola as the meeting came to a close. The PortVirtualLab platform – initially developed to help support the YEP MED courses as digital learning took center stage in 2020 – will continue to be developed in the coming year with the addition of training profiles of Ship Consignees and Trucking companies. As the platform nears its completion, it will become essential in simulator training for port logistics professionals. The platform serves as a digital copy of real-world port operations, allowing users the flexibility of carrying out transport transactions without the fear of impacting real trade.

The Executive Committee meets twice a year to review the progress and achievements of the Escola Europea’s operations. Its next meeting will take place in the first quarter of 2022. 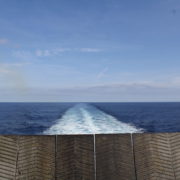 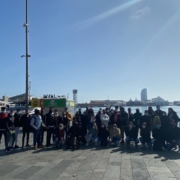 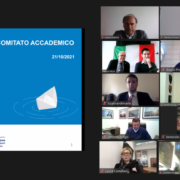