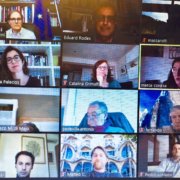 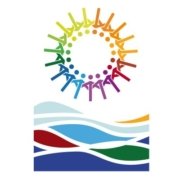 In 2020, ten partners from seven countries bordering the Mediterranean have joined with a common objective to train young people with skills adjusted to the current market in logistics-port communities operating in the new Blue Economy. The partners will focus on the regions involved in the project, with the aim of promoting social inclusion and fight against poverty.

These actions will be carried out within the framework of a new European project titled YEP-MED (Young Employment in Ports of the Mediterranean) co-financed by the European Neighbouring Instrument – Cross-Border Cooperation in the Mediterranean (ENI CBCMED) programme. The project, which will count on the amount of 3,000,000 euros of funds for its development, will work towards a better preparation of skills required by the port-logistics labour market – a sector with a high growth potential – through vocational training.

The project, led by the Escola Europea – Intermodal Transport, aims to develop port-logistics training and vocational (TVET) resources adapted to sector needs to strengthen youth employability; increase and upgrade local employment opportunities through the creation of real dual-learning programmes with job placements, strengthening the role of SME’s operating in the port ecosystems for future employment creation; and setting up collaborative national and transnational partnerships between port-logistics associations, operators, SMEs, training centres and VET providers, whilst introducing a PPP co-management process.

Throughout 30 months, the partners and associates of the project will implement tools to achieve the main objectives of this initiatives, in the short, medium and long terms.

For more information on the project or on the Escola Europea, you can write an email to: info@escolaeuropea.eu.